Other Congressional publications maybe available on the Internet. 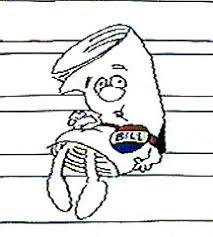 How Our Laws Are Made. Washington: GPO

Click on 'Overview" in Congressional Universe to see the types of publications that are produced by
Congress.

- is the law "as amended" divided into 50 titles (not all of which are currently in use).

About a particular bill or law (ex. bill numbers and/or the public law number): background information, what it does, and the pros and cons:

Congressional Quarterly Almanac, 1945- (Request, JK1.C66)
Annual publication divided into subject chapters covering the legislation for the year such as foreign policy, urban affairs, and justice. Look at the table of contents or the index for subjects; note the year, Congress number and session, bill numbers and public law numbers (if any).

Congressional Digest, 1921-2008 (PERIODICALS and Academic Search Complete)
Monthly feature of a single political controversy in each issue, providing a general overview with an outline of proposed legislation. The "Pros and Cons" section typically comprised of statements by Congressional and interest group representatives. Use index. {Also indexed in Reader’s Guide and PAIS}.