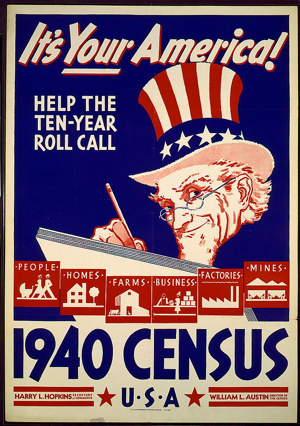 Special reports for Colorado Springs “Neighborhoods”.
- statistics for neighborhoods instead of census tracts (an identified neighborhood may include several tracts or parts of tracts)

Note: paper for the 1980 Population and Housing Census cover Colorado, some neighboring states, and the United States Summary (not all states); the rest is on microfiche - C 3.X 1: year. Index guides  must be used to access these collections.

Paper editions of Censuses from 1790- are arranged in the following chronological order. Within each census (year) the arrangement is by SuDoc call number.

1980 Census of Population and Housing and maps (privately published – U.S. statistics all on one disc)

1990 Census of Population and Housing. CD-ROM for each state and U.S. Summary.

TIGER Line (maps) for each state; C 3.229: and C 3.229/2:
These can take awhile to load/download. Census tract and block maps are also available online.