Women in the World

View an interactive slideshow of 150 Fearless Women in the world. They're starting revolutions, opening schools, and fostering a brave new generation. From Detroit to Kabul, these women are making their voices heard. From The Daily Beast. 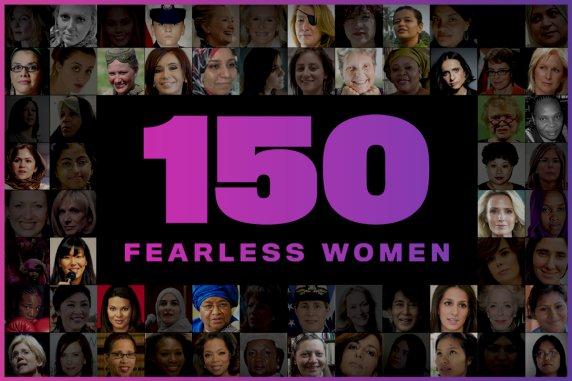 Watch inspiring leaders and activists from around the globe—from Angelina Jolie to Madeleine Albright—at our third annual Women in the World Summit in New York City. From The Daily Beast.

Transnational Feminist Theory focuses on intersections between nationality, race, gender, sexuality and economic exploitation, on a global scale, and how these create specific instances of experience. Transnational feminism purposefully rejects the idea that there exists a "global sisterhood," promoted by mainstream feminism, which glosses over contextual differences in the experience of gender. This theory is based in praxis and dialogue and is intended to lay the groundwork for more productive and equitable social relations among women across borders and cultural contexts.

There are many open access feminist journals available. For additional titles besides the ones listed below, consult the

Women in the World: An International Atlas 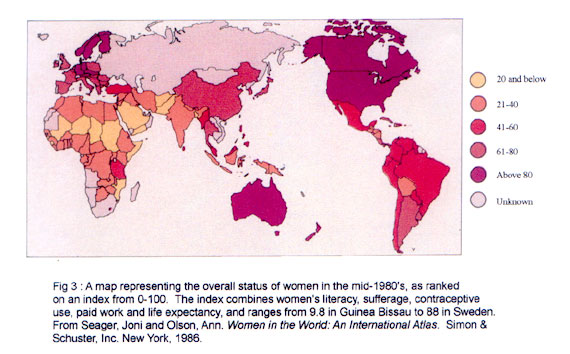 Africa Knowledge Project Journals and databases from the Africa Resource Center focusing on Africa and the African Diaspora. Content includes JENdA: A Journal of Culture and African Women Studies, Journal on African Philosophy, and the African Music Database.

"This English language database contains over 22,000 citations from 1986 to current. The database indexes six types of materials: books and government documents; articles appearing in edited books; periodical and journal articles; Masters theses and Ph.D. dissertations as well as a few B.A. theses and honors papers; conference papers; and videocassettes. "

“A German-language bibliographic database (mainly articles) from the holdings of the Austrian National Library in Vienna, focusing on "international and women's studies literature". Some results are English language articles.”

The Commercial Closet: The world’s largest collection of gay advertising

Includes over 1100 ads from all over the world since 1917 searchable by theme. "The Commercial Closet Association is a unique, non-profit educational and journalism organization that proactively reaches out to ad agencies, marketers, the media and world-at-large to encourage more inclusive and flattering representations of lesbian, gay, bisexual and transgender people in advertising."

Diotima: Materials for the study of women and gender in the ancient world

"An interdisciplinary resource for anyone interested in patterns of gender around the ancient Mediterranean." A searchable bibliography is one of many resources available at this site.

Distinguished Women of Past and Present

"This site has biographies of women who contributed to our culture in many different ways. There are writers, educators, scientists, heads of state, politicians, civil rights crusaders, artists, entertainers, and others."

"provides links to World Wide Web resources useful for the study of women in early modern Europe and the Americas. It focuses on the period ca. 1500 to ca. 1800. Resources have been selected for their scholarly value by librarians on the Arts and Humanities Team of the University of Maryland Libraries. Materials range from bibliographic databases to full-text resources, images, and sound recordings. Most of the resources linked here are free. Some require a license for access."

"Provides information about women in political decision-making positions in the European Union, in Member States of the European Economic Area and in the Candidate Countries. Data are collected on national, regional and on the European level." Available in English, German and French.

"Covers journal articles, book reviews, and essays in books about women, sexuality, and gender during the Middle Ages."

Films and Video on Women, Gender and Feminism

GenderStats: A database for gender statistics

Home of the renowned Aletta collection, the International Archives for the Women's Movement. By collecting and making our heritage available, Aletta aims to inspire, to expand knowledge on the position of women, and to promote research in this area.”

ViVa: A Bibliography of Women’s History in Historical and Women’s Studies Journals

Women in Politics: A bibliographic database

"has been developed with the contribution of the United Nations Development Programme (UNDP). The database is regularly up-dated to take account of new books and articles produced throughout the world on the subject of women in politics. It covers titles representing international, regional, country-by-country as well as thematic perspectives."